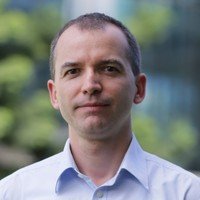 Bio: Dr Andrei Furda is a Senior Software Engineer at Hitachi Rail STS, Australia, focusing on integration challenges of railway signalling and automation systems. Before joining the Hitachi Rail Control Centres and Automation team, he was a researcher and lecturer at Queensland University of Technology (QUT), focusing on the Modernization of Enterprise Systems. He earned a PhD from Griffith University in 2010 on “Real-Time Decision Making for Autonomous City Vehicles” and a degree in Computer Science (German “Dipl-Inform.”) from the University of Karlsruhe (Germany) in 2004.